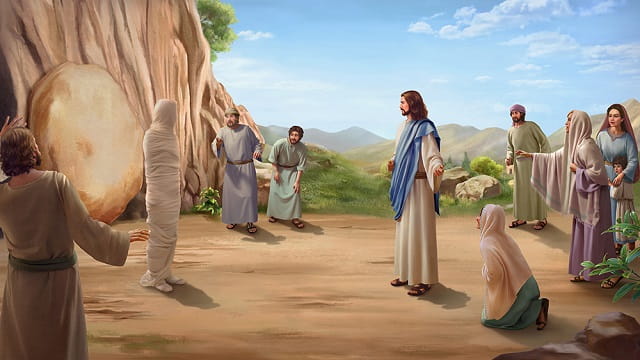 Peter Budimir – Sign of the resurrection of Lazarus
Book of John

The book of John is a series of signs to show that Jesus is unlike anybody else..

When we see Jesus, it provokes two responses. One response is that of faith, because we see in Him compassion and love, and causes people to love Him in return.

The other response, it seems almost paradoxically, is a response of hatred.
Men and women, specifically the Pharisees in this passage, having seen Jesus raise someone from the dead,
reacted with hatred.

Later they wanted to kill Lazarus, the man who had been raised from the dead,  because this particular sign demonstrated exactly who Jesus was, and the Pharisees wanted to cover it up…

What is our response to Jesus who was deeply moved and wept over death? It’s an encouraging thing to realise that
in the difficult times in life, that God is working all things for good.